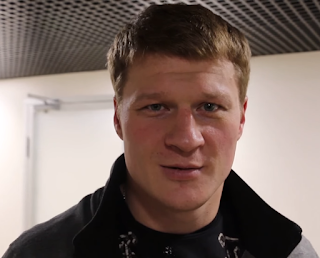 The case stems from the aborted WBC Heavyweight title bout scheduled for May 21, 2016 in Moscow, but postponed due to Povetkin testing positive for Meldonium.  In February 2017, a jury trial was held on the sole issue of whether Povetkin had ingested Meldonium after January 1, 2016, the date when WADA placed Meldonium on the banned substance list.  The jury needed little over half an hour to return with a verdict against Povetkin.

District Judge Andrew Carter denied Povetkin's Motion for Judgment as a Matter of Law and Motion for a New Trial in September 2017.  Wilder's attorneys then filed their motion for summary judgment on the remaining causes of action in the case: breach of the bout agreement and release of the escrow funds to Wilder.  (For a more fulsome summary of Wilder's motion see this blog's recap.)

In Povetkin's opposition papers, his attorneys make the argument that the bout agreement was governed by the WBC and its rules at all times and the WBC made a determination at the time of the positive test to postpone the fight and not cancel it.  They further argue that the WBC stated that they would postpone the fight until after they conducted an investigation.  In August 2016, the WBC came back with a decision that they could not definitively determine that Povetkin ingested Meldonium after January 1, 2016 and they cleared Povetkin to participate in an "interim" world title bout.  Povetkin's attorneys argue that because the WBC essentially cleared Povetkin at that time, he could not have breached the bout agreement and that, to the contrary, Wilder, by not flying to Russia for the fight, had been the one who repudiated the bout agreement.

The WBC allowed Wilder to make an optional defense while their investigation took place and Wilder got injured on his way to stopping Chris Arreola.  Povetkin's attorneys argue that Wilder's injury caused him to be unable to fight Povetkin after the WBC cleared him and thus, Wilder breached one of the representations and warranties of the bout agreement.

Povetkin further argues that though the jury verdict in this case found that he had indeed ingested Meldonium after January 1, 2016, the WBC ruled on November 7, 2017, after conducting an additional investigation, that it would adhere to their August 2016 ruling stating it was not possible to ascertain if Povetkin ingested Meldonium after January 1, 2016.  Povetkin was reinstated to compete in WBC-sanctioned bouts as of December 6, 2017.  (Povetkin had subsequently tested positive for another PED, Ostarine, when prepping for the "interim" WBC title bout with Bermane Stiverne and was suspended by the WBC indefinitely).

Regarding their counterclaims, Povetkin and WOB's attorneys argued that Wilder and DBE breached the covenant of good faith and fair dealing because of the way they manipulated Povetkin's positive test to avoid participating in the bout yet still want to take home their bout purse from the escrow account.