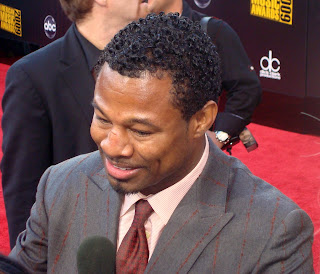 HEC filed its complaint in February 2017 alleging that Mosley had poached its fighter, Cruiserweight prospect Dimar Ortuz, to fight on GBP's PPV card in August 2015 that featured Mosley versus Ricardo Mayorga in the main event.  According to the complaint, Mosley had been a participant in a reality TV show called "Knockout" where he was one of three legendary trainers and he was designated to train Ortuz.  As HEC was negotiating with representatives from the show to enable Ortuz's participation, Mosley allegedly promoted an Ortuz bout on the Mosley-Mayorga PPV undercard.  Mosley and GBP also allegedly promoted two fights of Ortuz subsequent to the PPV card, without HEC's consent.  HEC claimed two causes of action, tortious interference with contract and tortious interference with prospective economic relations.

According to HEC's partial summary judgment motion papers, Mosley and GBP initially tried to work with the "Knockout" show's producers to have Ortuz fight in the show's "finale" on NuvoTV as a free TV lead-in to the PPV.  But negotiations allegedly broke down and Mosley and GBP ended up using Ortuz on the televised PPV undercard instead, outside of the "Knockout" program.  HEC's papers further allege that Mosley and GBP were aware (via text messages to both Mosley and his partner at GBP, Trista Pisani) that HEC had a valid promotional agreement with Ortuz and went ahead and put him on their PPV card anyway, in breach of the promotional agreement and without the consent of or compensation to HEC.  HEC also argued that even if they breached the promotional agreement, Ortuz reaffirmed its existence and validity by signing a deal memo with the "Knockout" producers that acknowledged the agreement and by Ortuz posting on Facebook in December 2015 that he was finally free of the agreement.

Judge Fitzgerald agreed with Mosley and GBP that there was a genuine "dispute of material fact as to whether there was a valid, enforceable contract" when GBP promoted Ortuz on the PPV undercard.  The Court further found that there was not sufficient evidence to find as a matter of law that Mosley or GBP had knowledge of the promotional agreement or the intent to breach it.